skip to main | skip to sidebar

FOR SELL: MOUTHPIECE "CAN WE WIN" LONGSLEEVE + JAWBREAKER SHIRT

MOUTHPIECE "CAN WE WIN" LONGSLEEVE SIZE XL(FITS MORE LIKE A "L"). SHIRT HAS SOME STAINS THAT WERE THERE WHEN I GOT IT BUT STILL WEARABLE(SEE PICS). I'M ALSO SELLING A JAWBREAKER "SCRABBLE" SHIRT SIZE XL(ALSO FITS MORE LIKE A "L"). SOME STAINS BUT AGAIN THAT'S HOW I GOT IT FROM JB'S DRUMMER ADAM PFAHLER HIMSELF. PLEASE SEND OFFERS TO ITSXDEAD@HOTMAIL.COM. I SHIP ANYWHERE IF YOUR WILLING TO PAY FOR SHIPPING. US SHIPPING IS $5 W/ TRACKING NUMBERS AND INTERNATIONALS GET IN TOUCH WHEN SENDING OFFER. THANK YOU FOR WATCHING! 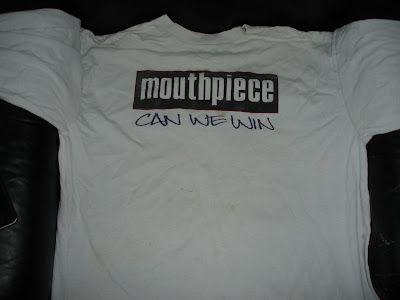 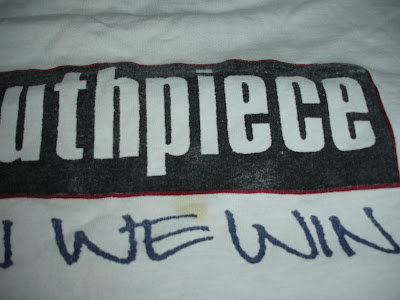 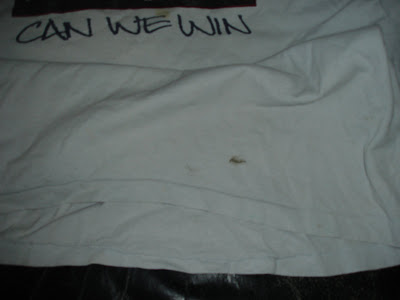 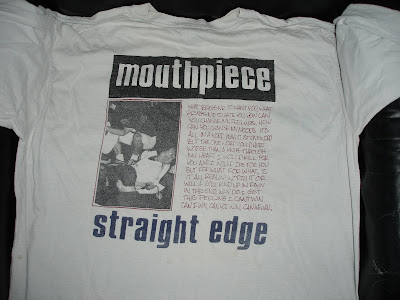 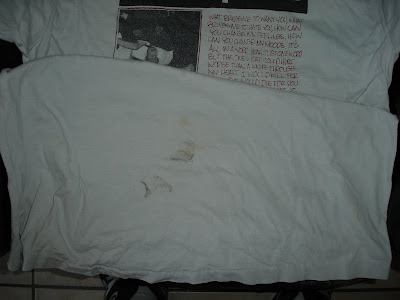 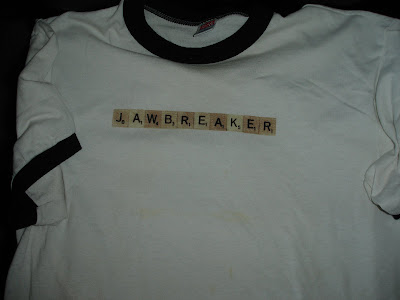 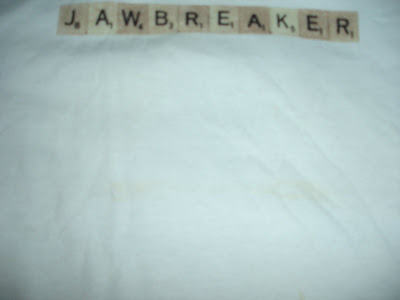 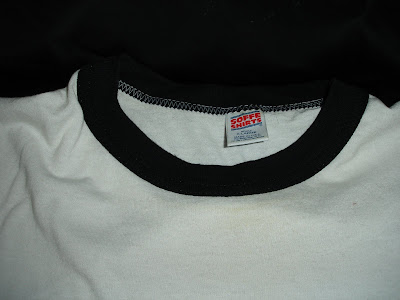 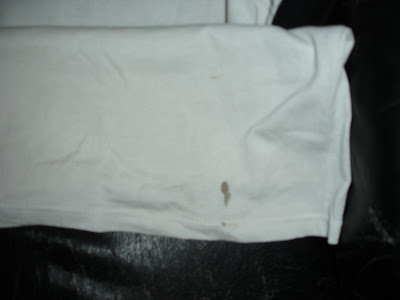 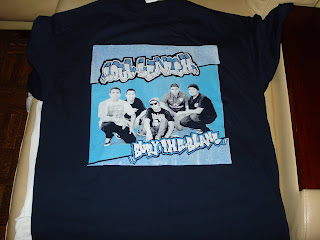 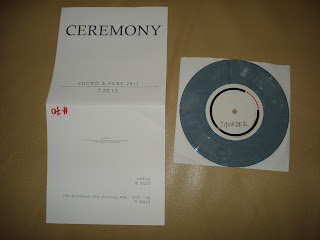 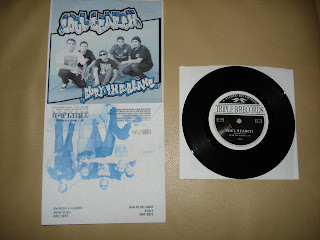 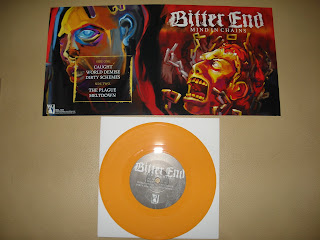 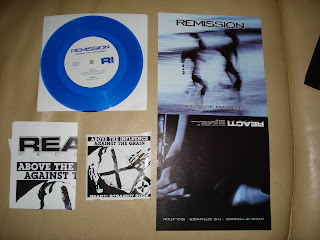 I only went to day 1 on Friday with Bitter End. I have no desire to be at fests for more than a day. I did this at the last 4 s and f. I am usually there to see either some friends from the east coast or to see what left of the Malfunction Roster. This year Ceremony and Bitter End both played and destroyed it on Friday. I also enjoyed Soul Search and Down presser’s set. I didn’t tape too many bands due to the fact that every jackass from southern California is on stage. It didn’t help that there were also 12 photographers standing around on the side and taking up space. It’s funny you would think there were 1000 of pics floating around but so far I’ve only seen stuff from Fred Hammer and Dan Rawe. I mean it’s cool you want to be on stage with your friends but what was the point of the all access pass if anyone with a raiders jersey can just stand there. It’s like we get it you’re friends with all of the bands that are playing. I was watching some of the footage I got and noticed the same big ape on the side of the stage with his jaw gaping open. One of my friends asked me to film them but I couldn’t even get on stage because again, the same 40 kids were on stage for every band.
Ok here is what I picked up. I picked up a ceremony record of their second ep with a limited sound and fury cover. Nothing fancy but I did want to add it to my collection.
I also picked up Soul Search new ep on Triple BBB records with the limited Outburst tribute cover. I also got a t shirt with the same picture.
I also picked up well took a copy of the first Bitter End records Mind in Chains on orange vinyl. We had given Death wish the extra covers keep in mind with all the colors of the covers they actually cost more than the actual vinyl and recording. This was the first record I put out when I moved to southern California.
I also picked up a remission ep on react records, they sound like Verbal Assault.
I think next year we are going to resurrect Summer Slam and I’m going to bring out Time Flies and Count Me Out to do a final west coast show for Indecision. ;)
Posted by vinyl junkie at 10:35 AM 5 comments:

Posted by vinyl junkie at 10:35 PM No comments: 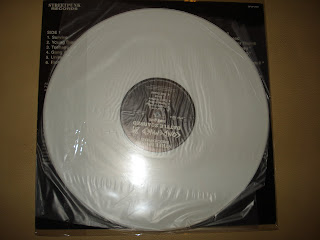 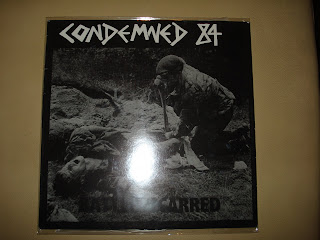 I went with Internal Affairs on their 2007 tour to Japan. They played a total of 10 shows all over the country. We even went down as far south as Okinawa. It was one of the greatest times in my life. Japanese people are the nicest and most respectable people out there. I think I met Dobek (who lives in Japan but is not Japanese) at one of the fests over there. This is the best dude to buy record from because he actually knows how to pack a record. I was so impressed. He even packed it correctly. I picked up another copy of Back with A Bong on color and the Condemned 84 lp on white vinyl. Are they still playing that fest over in CT?
Well props to Dobek and check out his blog.
http://crucialxtimes.com/xdx/ 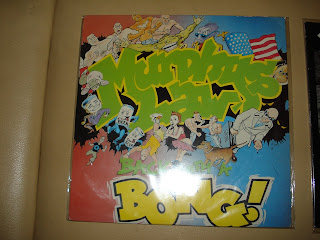 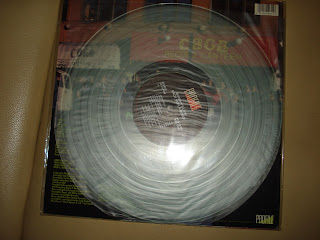 Posted by vinyl junkie at 9:11 PM No comments:

These past 2 weeks, I saw the following bands play from what is left of the Malfunction Roster. Bitter End played La 3 times. They are probably the best younger bands that are incredible to watch live. its like a perfect well oiled machine. I ve seen them with 2 different lineups in one week. (2 shows were with Sound and Fury and Strife and the other one is the beginning of its west coast tour with Ringworm, New Lows, and Nails). I love the fact they are still touring and still putting out great music.


Ceremony headlined day 1 of Sound and Fury and were so much fun to watch. Despite all the crappy sound difficulties the show and response was insane. Congrats to them on signing to Matador! I cant wait to hear the new record.

I saw Trash Talk play with Fucked Up and freaking annihilated downtown Los Angeles. I only expect bigger things to come from them as well as their own label TTC.


Cold Cave (Members of AN) was probably the best performance I had seen them do last Wednesday. Almost all of give up the ghost was there to watch Wes and Co take control. It was very inspiring.


Reign Supreme has announced that they are signing to Media Skare so hopefully they will tour the west coast and become an active band again.
Piece by Piece is still playing shows and have released their latest on Reaper records.
Secret People has members of Right On and are tearing up Nor Cal. Hopefully I get to see them soon!
Posted by vinyl junkie at 12:05 AM No comments:

other blogs we support

2 people write this blog....and yes we suck at writing.